In this statistics lesson, we will learn how to perform moderation analysis in SPSS using two easy-to-learn methods.

The first method involves more steps but can be done without any additional SPSS extensions. The second method is simpler, faster, and provides more details on the moderation analysis but requires the PROCESS macro extension installed in SPSS. Don’t worry, I will walk you step by step on how to get everything set up.

Upon completing this statistics lesson, you will learn how to:

What is Moderation in Research?

A moderator variable is a third variable used to investigate the strength of the relationship between an independent and dependent variable.

In other words, a moderator describes the level of change between independent and dependent variables quantified by the linear regression coefficient of the product term.

The product term, also known as an interaction term, refers to the observed effect of the moderator on the relationship between independent and dependent variables. If this sounds confusing right now, it will get fairly clear in a moment when we conduct a step-by-step moderation analysis in SPSS.

Moderators are often confused with mediator variables. Though both terms might sound approximately similar, their use in statistics is completely different. Understanding the difference between moderators vs. mediators variables is critical before deciding if moderation analysis is suitable for your study.

Here’s a summary of the variable names and types used in this case study:

Now, let’s take this example further and conduct a moderation analysis in SPSS. If you wish to practice along, go ahead and download the SPSS data file used in this case study HERE. This data set contains dummy values therefore should be used for educational purposes only.

Method 1: How To Run Moderation Analysis in SPSS

Alright. Now that we know what moderation is and when to use it as well as have an example to practice along, let’s go ahead and learn how to perform moderation analysis in SPSS for the above example.

Assuming you already downloaded the sample SPSS data file from the link above, extract the .sav file and double click on it to import it into SPSS. The sample data set should look like in the following picture on your computer.

This is an important step often overlooked by students when learning how to perform moderation analysis in SPSS or another statistical tool.

To standardize the variables in our dataset, navigate to Analyze → Descriptive Statistics → Descriptives in the SPSS top menu.

On the Descriptive window, move the independent (relationship), and moderator variable (age), from the box on the left to the right using the arrow button in between. Make sure the “save standardized values as variable” checkbox is selected. Click OK.

You should see the newly created standardized variable in your SPSS data set now (variables starting with the letter “Z”).

Next, we need to calculate the interaction effect (intercept) by computing the product between the independent and moderator variables.

Click the OK button to calculate the product between the two variables.

The interaction term (INT) should appear now on your Variable View tab in SPSS as seen below.

Finally, we need to conduct a linear regression analysis to test the interaction effect. In SPSS, go to Analyze → Regression → Linear to open the Linear Regression window.

Click the OK button to proceed with the moderation analysis in SPSS.

The results for our example should look like in the capture below. The last step in this method is to learn how to interpret moderation analysis results in SPSS.

By default, the linear regression analysis results will display three tables: Model Summary, ANOVA, and Coefficients. To see if Age has any effect on the relationship between Relationship and Loyalty, check the Sig. column in the Coefficients table.

The one-way ANOVA examines the means of the groups in question and evaluates whether any of them are statistically significantly different from one another. In this case, the one-way ANOVA shows significance (Sig. = 0.000).

However, the conditional effects of the focal predictor at values of the moderator are not produced by default in SPSS. Here’s where the second method using PROCESS macro discussed below can come to the rescue.

Method 2: How to Calculate Moderation in SPSS using PROCESS Macro

PROCESS macro is an incredibly useful SPSS extension (also available for SAS and R) used for logistic regression path analysis modeling and observed variable OLS. Among many other features, PROCESS makes moderation and mediation analysis in SPSS a breeze.

PROCESS macro installation process for SPSS is simple and does not require more than a few minutes of your time. Here is a step-by-step guide on how to install PROCESS macro in SPSS for both Windows and macOS.

Once installed, you can find the PROCESS macro in SPSS under Analyze → Regression → PROCESS by Andrew F. Hayes.

To calculate the moderation effect in SPSS with PROCESS macro extension, simply populate the fields as explained below.

By default, PROCESS only shows conditional effects of the focal predictor at values of the moderator(s). if the P-value is lower than 0.10. To change that, in the Probe interactions dropdown menu, select “always.” This is important because if your focal predictor value is higher than 0.10, it will not produce results for nonsignificant interactions.

In addition, you can select “Generate code for visualizing interactions” in the case you need a visual representation of the interactions between variables.

Press Continue than OK to proceed with the moderation analysis.

This is by no means an exhaustive interpretation of moderation analysis results using PROCESS macro but for most cases enough to draw some essential conclusions.

Next, let’s have a look at how to conduct a moderation analysis in AMOS using a different example. 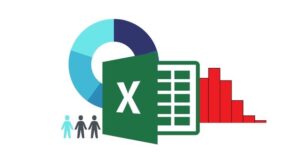 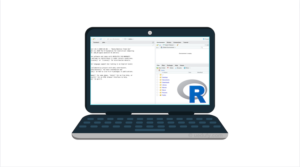