Mediators vs. moderators variables seem to be a source of much confusion among research students. On the surface, not only that both terms sound similar but also seem to serve identical purposes. This cannot be further from the truth. Let’s find out why.

Though mediator and moderator variables are both correlational in nature (contextualizing the effect between variables), their use is different in exploring the causal relationship between independent and dependent variables. Here are some important differences at a glance.

From a deterministic point of view, the main differences between mediators vs. moderators are as follows:

I don’t blame you if you have trouble seeing the difference. Let’s take one step at a time and understand the purpose of each variable as well as look to some examples of mediators vs. moderators to make sure the matter is settled once for all.

In this article, we are going to shed some light on the main difference between mediators vs. moderators. Here are the key learning outcomes you should expect to attain:

What is Mediation in Research?

In mediation analysis, the independent variable does not infer directly the dependent variable but rather through a third variable mediator or “middleman” between the two. In other words, if we remove the mediator variable, the causal effect between X and Y variables will cease to exist.

When we talk about mediation, your research model must subscribe to the following conditions:

Is important to note that correlation does not infer causality between variables but is a necessary condition for cause and effect to exist in regression analysis.

Based on the above conditions we can say that the effect of a mediator variable on the relationship between independent and dependent variables can be partial or complete.

To analyze the mediation effect between independent and dependent variables we use linear regression analysis. A good approach to mediation analysis is to follow the steps below:

Next, let’s have a look at what moderation is and when it should be used in statistical research.

What is Moderation in Research?

Moderation is the level to which the relationship between the independent (X) and dependent (Y) variables changes as a function of a third variable (moderator, Mo) quantified by the linear regression coefficient of the interaction term.

In simple words, moderation analysis contextualizes the levels of effect change in the relationship between X and Y variables when interacting with a moderator variable.

In regression, the interaction term (also known as product term) refers to the effect observed in a dependent variable based on how a third variable (Mo) interacts between X and Y.

A moderation variable can affect the strength of the relationship between X and Y (path A) as well as change the direction of the effect – though this was found to be less likely in social research (Whisman & McClelland, 2005).

Because the moderation effect basically tests the residual variance in a model, it is important to investigate what are the main effects between X and Y variables before testing if the interaction term is significant (p-value < 0.05).

In order to do so, we must check the beta (β) coefficient which indicates how much the relationship between X and Y varies as a function of a one-unit change in the Mo variable.

It is important to keep in mind that statistically, it is challenging to detect moderation effects. One reason is that you may fail to detect an effect that actually happens (Type 2 Error).

One way to avoid this issue is by doing purposive sampling instead of convenience sampling. In other words, your sample needs to contain jointly extreme cases namely cases that are extreme in both levels. What does that mean?

Take a look at the following diagram where the moderator variable (Mo) is expressed by the level of strength (S). In order to obtain such levels of strength (e.g., S = 0 to 5) for moderator analysis, we need to collect data that can represent the extremes of these levels as well as the variations in between. On top of that, data needs to consist of normally distributed values.

This can be quite challenging if we choose convenience sampling (using no selection pattern when sampling a population) for a study unless the sample size is large enough to fit the model.

A better approach would be purposive sampling where we can choose members of a population, based on specific selection criteria (e.g., age, gender, etc.).

For example, choosing purposive sampling when investigating the effect of age on the relationship between reading and information retention, allows us to select members of different age groups representing the various levels of strengths (e.g., age between 20-30, 31-40, etc.). This would be very difficult using convenience sampling where respondents are selected based on convenience rather than specific selection criteria.

Conducting a moderator analysis is quite a straightforward process following these steps:

So far we only covered mediators vs. moderators variables from a theoretical point of view. Let’s look at some practical examples to clear the air.

Example A: Sleep has an effect on job performance because it improves cognitive abilities.

What about cognitive abilities? Is that a mediator or moderator variable?

To find out, let’s ask the following question: Does sleep have an effect on cognitive abilities? The answer is yes because sleep helps your brain functions recover.

Example B: Age impacts the relationship between fitness and muscle gain.

What about age? Can fitness affect your age? The answer is no, fitness cannot change how old you are. Therefore, age must be a moderator variable.

Please note that the age variable does not replace the causal relationship between fitness and muscle gain variables but rather affects the strength between the two. For instance, young people might gain muscle easier than older ones and not age replace fitness.

Let’s pose the question again: can education affect your income? Yes. The higher your education is, the better your chances of getting a well-paid job are – at least in theory.

Since there is a causal relationship between education and income, income must be a mediator variable.

Go ahead and try formulating a few examples of mediation vs. moderation by yourself. It should be fairly easy now.

When we do research we are actually building theory and the fact that the models turn out the way we predict them is a confirmation that our assumptions were correct.

Understanding the difference between mediators vs. moderators is essential in making causal inferences that provide a better understanding of the relationship between independent and dependent variables in our study. 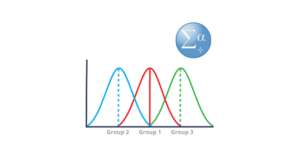 How To Do One-Way ANOVA For Repeated Measures in SPSS 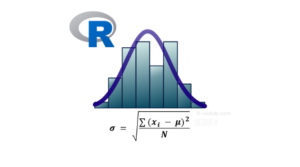 How To Find Standard Deviation on R Easily

How To Calculate The Standard Deviation With Excel