What Is The Scientific Method?

The scientific method was first introduced as part of natural philosophy half a millennia ago by Galileo Galilei – a physicist I am sure you are not hearing about for the first time now.

Though initially known as the inductive reasoning method, the scientific method became an integral part of the natural sciences around the 17th century, being widely popularized by Francis Bacon, also known as the father of empiricism.

The scientific method in use today has been subjected to trials and tribulations of the research process by countless scientists and books in the past decades and continues to be the backbone of modern scientific research.

Accordingly to Oxford Reference, the scientific method is “the approach that science uses to gain knowledge, based on making observations, formulating laws and theories, and testing theories or hypotheses by experimentation” (Oxford University Press, 2005).

It is essential to take note of a few important keywords in the definition that give us clues of the scientific research steps we will discuss shortly.

The scientific method is a routine used by scientists to gain knowledge about a specific phenomenon, and it usually starts by asking a question.

A research question does not pop out of thin air but is derived through observation. Observation can be a complex step, and various scientific instruments may be employed to obtain data from relevant primary sources.

The researcher then proposes a tentative explanation or hypothesis of the phenomenon under study. A hypothesis can be accepted or rejected based on the primary data collected during observation.

A hypothesis supported by enough evidence and experimentation becomes a theory – a generally accepted fact explaining a particular phenomenon. Theories are constantly subjected to testing and examination and often lead to new questions subject to further research.

This is how new knowledge and ideas are created through research. To understand the scientific method better, let’s look at the following example.

Suppose you are reading a research article stating that Method A is more efficient than Method B in improving memory in high school students. When taking a closer look at how the study was conducted, you can be pretty sure that the steps followed by the researcher were pretty much the same.

This implies a general agreement between researchers on the method used to answer a research question so that the findings can be applied to further studies, e.g., exploring variations of Method A and finding why it works.

This general agreement between researchers consists of the steps highlighted in the scientific method definition we discussed above. Remember, the purpose of research following the scientific guidelines is to find the truth no matter what that is.

It’s a bit paradoxical, isn’t it?

And here are the 8s. Take a moment and follow the scientific method steps 1 to 8 in the below diagram. Does this ring the bell?

Don’t worry if you cannot figure out the whole process. I am going to walk you through each of these steps.

The research question is every study’s ground zero and arguably the most critical step in the research process.

Questioning often starts out of curiosity “I am wondering how…” or need “What would be a better way to….”

For instance, you might be curious how social media impacts purchasing intention of millennials or why gender has an effect on the leadership style in your organization. Great research topics, by the way.

A research question is often the subject of much debate as it can determine the overall direction of a study. The experienced researcher often uses out-of-the-box thinking to formulate a research question and scrutinize everything from current hot issues to existing solutions for a particular field.

Whatever you struggle finding your next big research topic, remember that Einstein once said, “the important thing is not to stop questioning. Curiosity has its own reason for existing” (Einstein,1955).

Once you have found a research question, identify the factors you need to examine to answer it. And what better place to start other than looking for these factors in the existing literature.

For instance, if you are looking into the effects of social media (e.g., YouTube, Facebook, TikTok), the following factors have been widely investigated in the past decade: age and gender, social class, respondent’s access to social media platforms, family education and configuration, ethnicity – to name a few.

However, since the purpose of research is to create new knowledge, you should look into factors that have not been investigated yet or topics available for investigation, including questions that may lead to other questions.

In simple terms, a hypothesis is an educated guess. It is educated because the hypothesis you propose must be backed up by the existing body of literature. But how exactly do we formulate a hypothesis?

One essential characteristic to consider when formulating a research hypothesis is that your research questions become statements highlighting the relationship between the variables of your study.

In other words, a hypothesis is a declaration of the question posed initially in your study.

It is essential to keep in mind that your research hypothesis must show a clear relationship between your independent and dependent variables, e.g., the correlation between the number of YouTube channel followers and the time spent by the YouTube creator to make new videos.

Once a research hypothesis is formulated, the next step is to collect the necessary empirical data to test the hypothesis, respectively, to support or disprove it.

NOTE: your study may have one or more hypotheses depending on how many factors you identified (Step 2) as necessary to answer the research question. These factors are basically the variables you plan to examine in your study, and the relationship between them is highlighted in the research framework.

To adhere to the scientific method principles, empirical data must be collected to support or disprove your research hypothesis.

Based on how you designed your study, one or more research instruments may be used for data collection (questionnaire, interview, focus groups, observation, experiment).

An important aspect to keep in mind here is that any bias during data collection can lead to a study being labeled as biased, and all the other steps discussed here will fall apart.

Your purpose here is to collect enough data for analysis to reveal the truth regardless of whether you agree or disagree with it.

Remember, you are testing your hypothesis and not choosing “à la carte“ data to support what you think may be right.

Furthermore, there is no such thing as being wrong in science, and the fact that data disprove a hypothesis only means there is room for further questions to be asked. This is a fundamental aspect of the scientific method applied in research.

Testing a hypothesis is about reaching a conclusion regarding the phenomenon being studied, but there are a few caveats that we should pay closer attention to when we do so.

For example, your data may show that YouTube creators who spend more than 20 hours per week making videos have 50% higher chances of getting more followers than those who spend less time.

In contrast, you may argue that the difference between the two groups is too small, and more data is required to formulate a clear conclusion. Don’t worry. Science prepared us for such situations as well.

We may use inferential statistics on the sample we have to generalize the population it represents.

But what if the differences between the groups in the discussion are caused by factors that are external to our study?

For instance, a YouTube creator may be more skilled in finding popular topics than others, or the YouTube creator is already popular outside YouTube. Call it how you wish, but often the factors you can’t control are most likely the ones responsible for group differences.

With inferential statistics, we can separate the effects of an isolated factor (a variable in our study) from the differences between groups affected by other factors that are not included in the study. So science has our back covered here as well.

The good thing about scientific method-led research is that aside from providing us with an exact path to answer a question, it also gives us the necessary tools to get the job done.

Step 6: Work With The Hypothesis

Once your hypothesis is tested, it is time to explore the results. As stated earlier, the data analysis can confirm or disprove a research hypothesis.

If the research results support your hypothesis, then the relationship between the factors hypothesized is considered conceptually relevant for the matter under study.

If the results do not support your hypothesis, it might be the perfect time to learn something new.

For instance, in the context of the example provided above, the number of hours spent by a YouTube creator making new videos has no impact on the number of followers its YouTube channel has. This result might be helpful for further scientific explorations and help other researchers drive new insights on the matter.

Remember that the value of the information resulting from well-conducted research is valuable regardless of the output.

No research is completed before evaluating the results against the theory we used to guide our study.

Theories are generally accepted truths about the natural world derived from experimentation. The good thing about theories is that they like to be challenged, modified, and even disproved if enough new evidence exists. In science, nothing is written in rock.

Your results may confirm the underlying theory used in your study case in which new evidence to support it was created. In contrast, if your results contradict that theory, it may lead to further studies investigating the nature of your results and possibly changes to the respective theory if enough evidence emerges to do so.

The last step of the scientific method is asking new questions relative to the matter under study. These questions can consist of alterations or refinements of the initial research question.

There is no limit imposed by the scientific method on the number of questions proposed in this step as long as they are relevant to the research subject.

With nature never chasing to give us questions to answer, there must be a general agreement on how research is conducted, a type of language spoken by all scientists worldwide. That language, or rather process, is called the scientific method.

Since the scientific method involves a cyclic observation, hypothesis, and experimentation process, we can never genuinely consider reaching the finish line.

The wheel of scientific research keeps spinning, and every result opens a new world of possibilities to be investigated. Knowledge has no borders. 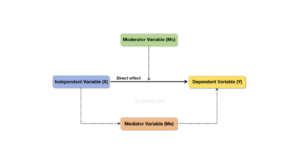 Mediators vs. Moderators In Research Explained 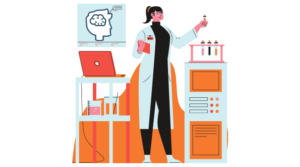 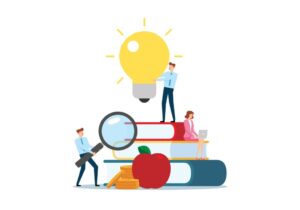 What Research Is: Definition And Characteristics